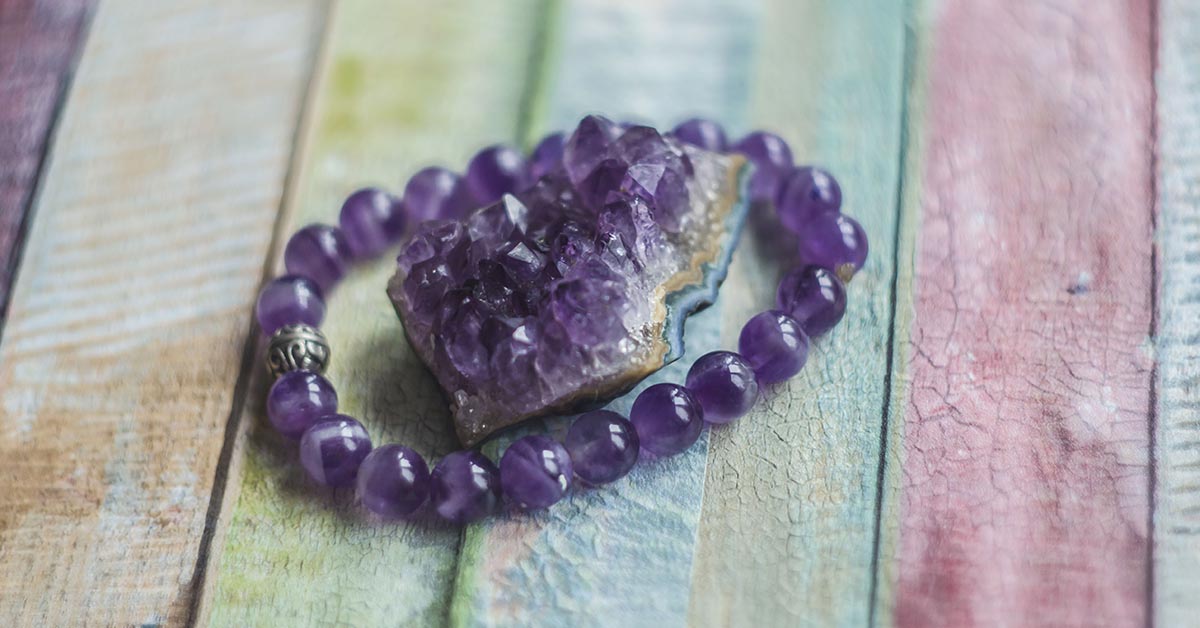 We simply love the glittery appeal of druzy, whether natural druzy, or artificially-made faux druzy. We’ve rounded up the best druzy and faux druzy tutorials for not only bracelets but also other jewelry pieces to add some sparkle to your life!

What is a druzy?

Sometimes referred to as a “druzy stone” a druzy is not a single stone or gem, but rather a collection of small crystals. These tiny crystals grow on a foundation stone, forming a dense cluster.

A druzy is naturally formed in a void such as a cavity in a geode, and the multiple facets of the many crystals produce a great deal of sparkle.

A druzy isn’t defined by the type of gemstone, but rather how the crystals are deposited and grow. The crystals may be one of a variety of gemstones including quartz, amethyst, calcite, malachite, dolomite, and garnet.

The most common druzy is called druzy quartz and is made up of quartz crystals, whether clear quartz, smoky quartz, or citrine.

Another common druzy is druzy agate, where agate stone is the foundation with quartz crystals growing on top. The agate foundation gives the druzy a unique color and pattern. The color of the druzy depends on the crystals that are present as well as the base foundation.

White, cream, brown, red, and yellow druzy are the most common, with agate in these colors forming the base. However, you can also find natural druzy in bright colors, including green, blue, pink, and purple.

These days it is also quite common to find druzy that has been dyed in a range of bold hues, as both quartz and agate are pretty easy to dye. Applying metallic vapors to a druzy stone gives it an iridescent sheen. This is usually applied artificially, but can occur naturally too.

A druzy stone connector or pendant may seem like a big investment compared to other jewelry supplies such as glass, wooden, or synthetic beads. However, druzy stones are much more affordable than most other types of natural gemstones.

Furthermore, these are dramatic statement pieces, so you will generally only need one piece to create a stunning bracelet or necklace. Overall, buying a druzy is a reasonable cost for the stunning impact it will bring to your DIY jewelry project.

You can also find beautiful druzy earrings online for a fraction of the cost of other types of gemstone jewelry.

An even more affordable alternative is faux druzy, which is artificially made and is becoming more common, with plenty of examples to be found for sale online. You can even easily create your own faux druzy – learn how in the faux druzy tutorials below!

You can use a druzy connector to make a stunning bracelet. We particularly love the effect of druzy with a chunky chain, colorful beads, or a combination of both!

These druzy chain bracelet projects are easy to make, and you’ll only need a few supplies to create a truly unique piece.

This stunning mineral bracelet features hematite and faceted agate beads as well as a druzy connector. This project is fairly easy, though you’ll need to be confident working with a pair of pliers.

The flat oval druzy connector is the star of this piece. The large druzy is set on a simple leather band that you can wrap around your wrist multiple times for an exciting crisscross effect.

The tutorial by Fire Mountain gems and beads explains what materials you’ll need and walks you through how to make the bracelet.

This bracelet has an all-gemstone look with natural druzy connectors and gemstone beads. You can keep it natural by using earthy or neutral tones, or follow the tutorial and use colorful beads and a bright, dyed druzy.

You can also add extra details like tassels for some added flair. For the basic design, you’ll need a druzy connector, some gemstone beads, and elastic thread.

The elastic slip-on design means you don’t need to worry about connecting clasps, which can be pretty fiddly. However, the elastic thread is not very sturdy and more prone to breaking than chain or leather straps.

The bracelet tutorial starts at 5:25 in Kraftika’s video. The first part of the video shows you how to make druzy pendants, as well as other fabulous necklaces from other gemstones.

In this project, you create a stunning bracelet using a druzy connector and different beads. The bracelet looks complicated, but it is easy to make with just a few tools and supplies, such as cord, jump rings, end cord, and pliers.

Alonso Sobrino’s video tutorial shows you how to make it in detail, going through each step of the process. It showcases different designs – using all pearl beads or alternating multi-faceted metallic beads and pearl beads.

The bilingual video has English and Spanish instructions and shows examples of designs with super large druzy stones or smaller connectors.

A piece of druzy is not only excellent for making a bracelet, it also looks spectacular in pendants, rings, and earrings. Here are some more fantastic DIY jewelry tutorials featuring both faux and natural druzy.

5. How to make a faux druzy half moon pendant

Rather than using a piece of druzy, in this project you make your own artificial druzy from hot glue and smashed glass beads.

It uses a clever technique to make faux druzy – you’ll need to buy some glass beads and smash them with a hammer or a similar tool. Medium or large glass beads are best for this.

You use a simple mold made from aluminum foil with a piece of paper to create the half moon shape. This project may take some practice, particularly removing the dried pendant from the aluminum mold and getting the density of the glass pieces right.

The best thing about faux druzy is that you have ultimate freedom – you can experiment with different colors and textures using other beads, and even a mix of multiple colors. You can also play around with molds to make various shapes.

La Creme’s video tutorial shows you how to make the faux druzy stone and “setting”, as well as adding two hooks so you can hang your pendant on a chain or cord.

You can create a stunning druzy ring with just a small druzy bead, thin metal wire, and a plain band. The tutorial uses a 10mm druzy bead and 24 gauge wire, but you could use different  sized materials to create various effects.

For this project, you will need a druzy bead with a hole in the middle to thread the wire through. Using simple wire wrap techniques, you can attach the druzy to the band and create a setting from the wire – you’ll only need your hands, wire cutters, and a pair of pliers.

Denise Mathew’s video tutorial shows you how to construct the ring, wrap the wire, and finish it neatly.

This is another video tutorial from La Creme, demonstrating cute DIY faux druzy stud earrings. The project uses a decorative button and a piece of thick wire to make the base and post of the earrings.

This project uses a similar technique for creating the artificial druzy as in the half moon pendant, though this time, the clear nail polish and the smashed glass bead pieces are applied directly to the base of the earring.

Again, you attach chunky glitter in the color of your choice to the nail polish along with the pieces of glass beads. The tutorial also seals the design with glitter nail polish for even more sparkle.

With the huge range of both glass beads and glitter available online, the design possibilities are almost endless!

Natural druzy, with its clusters of tiny crystals, produces a lovely sparkle, just like natural glitter! You can also enjoy this effect with faux druzy, and even make your own in any color or texture you like.

We love the charm of a DIY druzy chain bracelet, and druzy pieces are also a great way to add extra drama to a pendant, ring, or earrings.

If these druzy chain bracelet DIY ideas have inspired you, don’t forget to share this article on social media! 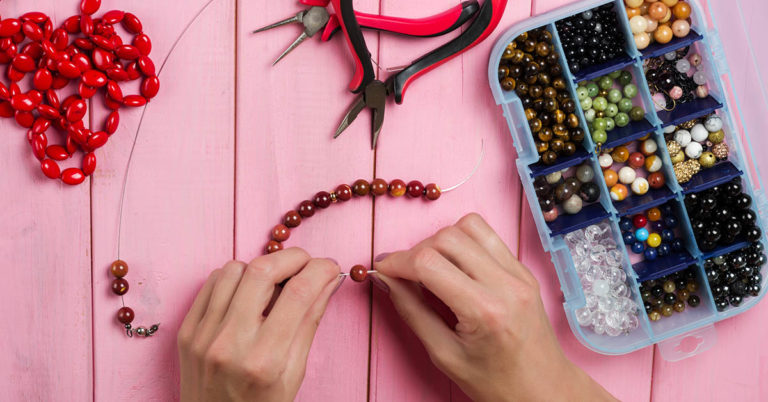 We love a great DIY necklace – you can create a unique piece to express your sense of style, or as a personalized gift for someone you love. There are also some cool options when it comes to handmade necklaces, from vintage-style chokers to delicate beaded necklaces and resin pendants. The best DIY necklace tutorials… 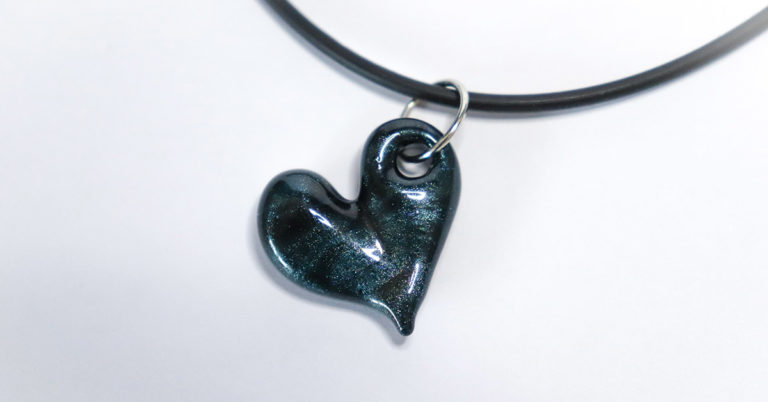 We love making our own jewelry, and pendant necklaces are perhaps our most favorite type of project. So we’ve pulled together the best pendant necklace DIY projects and tutorials to let you unleash your creativity! The best online DIY pendant necklace tutorials These video and written tutorials are all free to access online, range from… 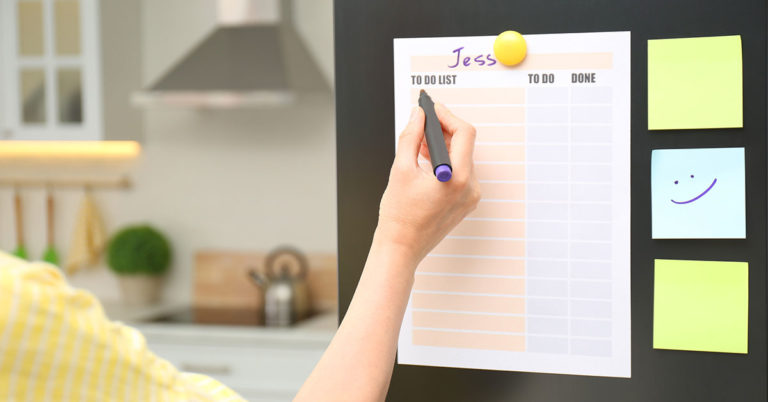 If you’re looking for a way to keep your kids motivated and make sure they keep up with their household tasks, then a cute and colorful chore chart is the answer. A great chore chart is not just for kids – you can use it to track the chores for the whole family or your… 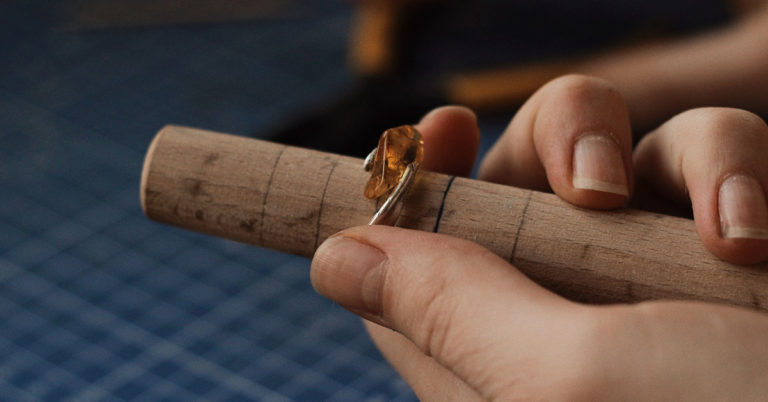 Wood burning, or pyrography, is the art of burning designs, patterns, or pictures into wooden surfaces. Read on to discover the best wood burning DIY projects – most are beginner friendly, and all are available for free online. 19 wood burning DIY ideas You’ve probably seen gorgeous pyrography pieces and thought that you’d never be… 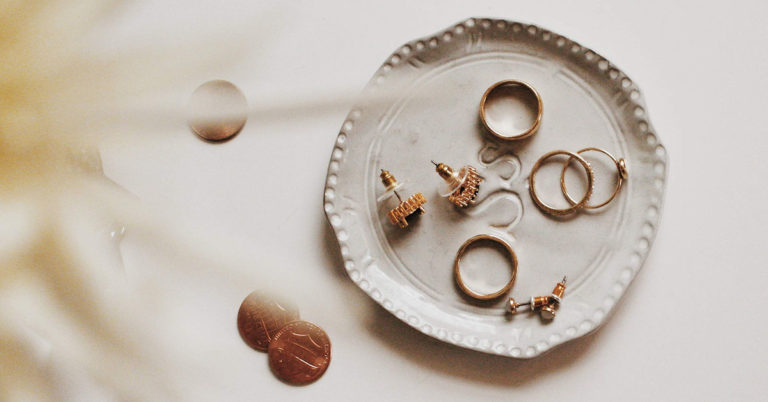 It’s always a hassle to keep your jewelry organized, and find small items like rings is. A ring dish is the perfect way to keep everything in order, and by making your own DIY ring dish, you can create something that will look beautiful on your dresser – or make a lovely gift! Best DIY…